Through Solidarity, We Survive 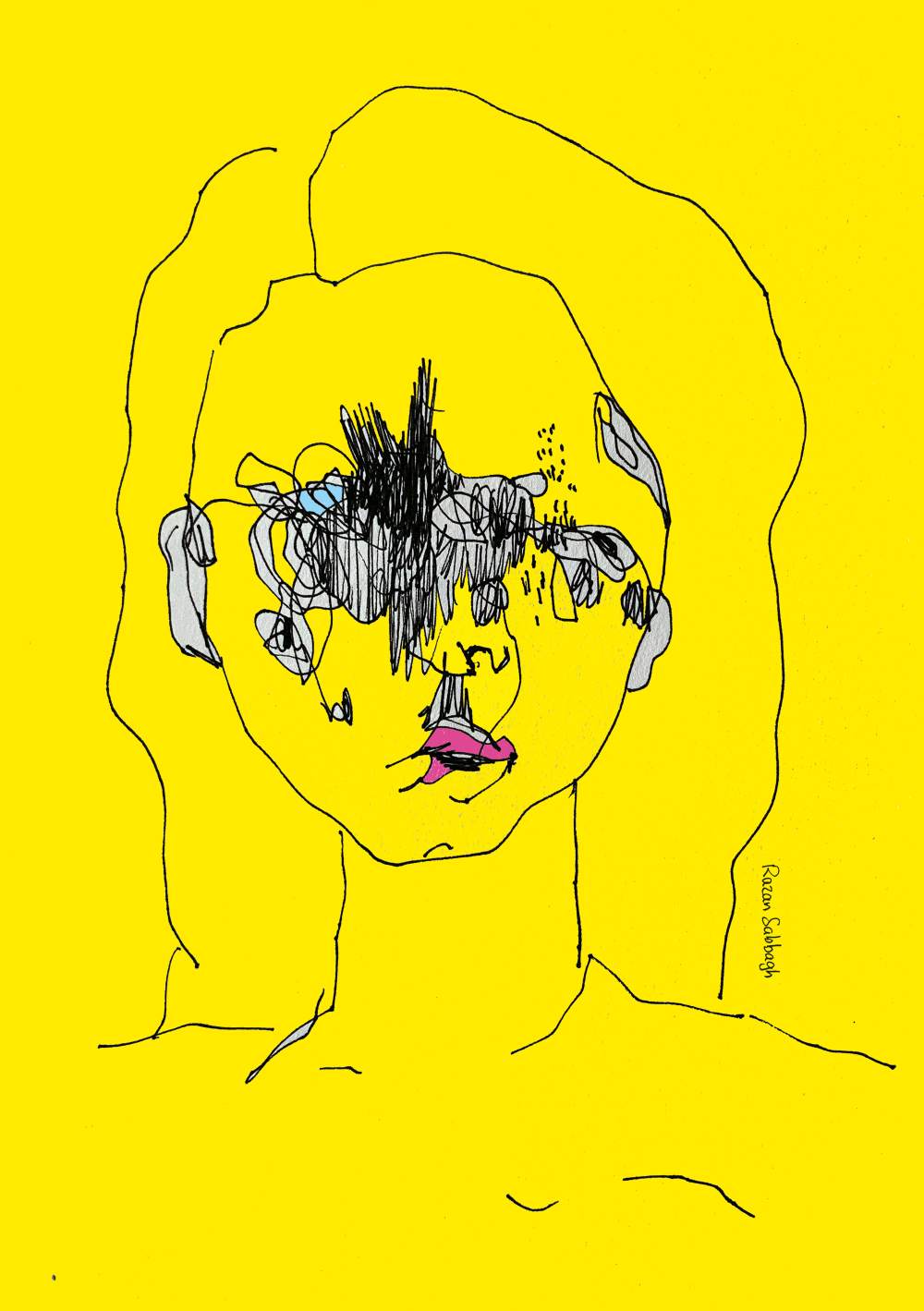 “Small talk” is a project that Razan Sabbagh has started during the COVID-19 pandemic, where she reached out her family members, her friends, or suggested friends of friends, and then having an individual video call with each of them.

The video calls are seen as one-to-one performances, where she gets in touch with people, talking with them, and she reflects in writing the thoughts, and feelings that they express while they’re talking, so they can see the process during the call.

Such conversations are more like small talk than an interview, where Razan Sabbagh tries to make them feel at ease and encourage them to speak up about their thoughts by guiding the conversation by asking some questions, i,e: Describe the place you are sitting in, the colours you see, what odours you smell? Describe the feeling of your body? What are you feeling at the moment? What is fear in your opinion? etc.

For Through Solidarity, We Survive, Razan Sabbagh has chosen the self-portrait version to be part of the campaign, the one she has done while having the conversation with herself.

Having more time to sit with ourselves due to social distancing and quarantine made us think and/or re-think on many thoughts that we never had the time, the real chance, or maybe the courage to pay attention to. This fact has a lot to do with the effects of the pandemic on us, and consequently on the world.

Razan Sabbagh is a Syrian artist based in Germany whose artwork frequently revolves around exploring the relationship among art, activism, and power. The artwork mostly consists of performance pieces that use a direct physical confrontation with the audience to make a political point. She graduated from the Faculty of Fine Arts in Damascus. As a multimedia artist (painting, performance, installation), she participated in numerous exhibitions and festivals in Berlin, Hamburg, Cologne, Oslo, Maastricht, Damascus, Beirut, Bremen, and Sharjah.

Nächstes Werk
By clicking “Accept All”, you agree to the storing of cookies on your device to enhance site navigation, and analyze site usage.
View our Privacy Policy for more information.
PreferencesAccept All